Hi there. I’m Ten Mutunhire and I’m back with another episode of “How I Became General Tomahawk”. And in this episode, I want to tell you about the real legend.

He would start speeding up those tricky conditions. Because he was such a good driver. Driving in the rain is the hardest condition in Formula 1. Because of any slight mistake, you hit an obstacle and bump into something.

You don’t kill yourself? But you’ll be out of the race because you might damage the car, some might go on. So that’s when a driver’s skills are tested to the marks and Senate had a knack like he’ll be driving so fast.

It seems like for Senna; the peach is dry; the racetrack is dry, and it isn’t even raining. And the Senator excelled. He became a legacy for that. But even in dry conditions as well, it was hard to catch up with Santa. He set so many records in the world of formula one race and he was something special.

And had he not passed on at a young age and left his career unfinished. I’m sure he had a very good chance to be holding all the major records in Formula One. So these are some lessons that you can learn from Seller. And one big one is that you can be the best. Yes, you can do it. You can go on and you can become the best there’s ever been in your field. And you’re going to wish that the people who come after.

You are going to break your records too so that people in your field keep on improving. But in your life, you can be one of the very best. You can be the champion. And so you got to know seniors never accepted being second best.

He was always competing with the Frenchman Prost, Alain Prost. Because when the Senator was coming up, the post was number one, the post was the champion. But the Senator never accepted he could be number two. He knew he had what he took and sure enough; he became champion, and he stayed champion.

You got to love what it is you’re doing. If you don’t love it here’s, my solution for you is to find your earliest opportunity to get out of that into what you love. So that you can use your talents and passion. Now, another big thing we can all learn from Santa is about commitment and dedication. Santa poured pretty much everything he had into the sport of high-end car racing.

He poured himself. He’d spend hours studying, practicing, and paying attention to his car. Quitting his vehicle, and making sure his car was the best it could be. He paid so much detail into the preparation.

The details, and everything that in Formula One he was very well known that Senna is obsessive about his car.

But that’s what he knew, that he had to do it to be the best. And if you look at others, we have become the best. Weather in the NFL, NBA, the world of tennis, boxing, Muhammad Ali, and Mike Tyson have all been people that spend all their time on planes.

And didn’t have time for outside pursuits. And the Senator was special in that category. He gave himself to his craft, and he remains installation to this day. And with that general tomahawk amount. 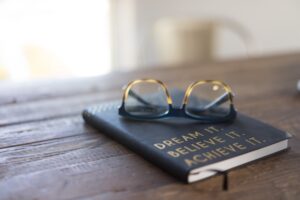 Rafa
https://youtu.be/Hxpv2VsvJCk TRANSCRIPT: For style. I look to Roger Federer for…