For style. I look to Roger Federer for tennis smarts, playing the game smart. I’m looking for Novak Djokovic. But for pure Bulldog tenaciousness, I look to the one and only Rafael Nadal. Hello, I’m General Tomahawk Chain Mutineer.

Welcome back to another episode of how I became General Tomahawk. Today I want to tell you about some powerful motivational lessons. That you can learn from one of the greatest tennis players of all time. And of course, I’m talking about the Spaniard from Mallorca, the Buddha, Rafael Nadal. Rafa has been active for a very long time now, and his game has always been iconic.

First of all, he turned up on the tennis courts with his shirts, with the sleeves cut off, and with his T-shirts, sleeves cut off. Like you as a pirate off on some sailing thing. He’d be screaming his lungs out as he hits that ball. He whips that whipping forehand left hand with powerful topspin.

All kinds of crazy talk on that ball like he’s gonna rip the ball to shreds. And the thing that has made Rafael a leader on the tennis courts is that the guy keeps coming back. You smash him into the ground as you’ve defeated him, you’ve crushed him.

You are two sets up. He’s down. he’s going to go out now. From such a bad position, he somehow conjures a stunning comeback and blows you away. He lifts whatever cup it is. Whether it’s the French Open Cup or the Australian Open, US Open, whimper, whatever it is, he manages to win that Slam. So he’s been a crazy tennis player.

You need to be like a Buddha, go for a bulldog, take a bite of something. It’s not going to give up. You take a bite of that thing and you’re going, that’s your success, by the way.

Take a chunk out of it and never give up. You say this is mine now. I own this. This belongs to me. This success, this goal. This year, I’m doing it. This year belongs to me now. This opportunity is mine now, and I’m never giving up.

Number two, you want to outwork the other guy. This is what has made Raffa so dangerous on the tennis court. Guys are hitting balls at him that other guys would not only not be able to retrieve, but they give up on them. Like you cannot even do anything. Rafa is able to go after those bowls and return them sometimes for the point of the game or the match. He’s willing to outwork the other guy.

He works at a level where you cannot outwork him. You throw him your best. He’s still going to run after that ball and return it and that shows you want to be in your career. In whatever it is. Whether you’re an artist or a musician. Whether you’re a professional manager or a CEO. Whether you’re in charge of a product.

See also  Don't Make These 4 Silly Mistakes In Your Copy

Now I’m going to give you the final tip that you can learn from Rafa Nadal: never give up and that’s the thing. Rafael has made so many huge, stunning comebacks on the highest stage of professional tenants.

The guy never got it into his mind that he had out-competed. He had been defeated like guys would be two sets up on Ralph and Raphael looks like he’s on his last breath. He’s like the guy might even have an advantage on him. One more point and the guy has got the match and Rafa begins his comeback at that exact moment.

He’s out-competing you and that’s rough so you never give up even when you compete as a county out when the economy goes against you. You never give up, you say and you stage your combat. You stage the climb to your ultimate goal is that general Tomahawk is up.

I help solopreneurs get MORE PROFITABLE in WAY LESS TIME, grow and scale their one man businesses into time independent 7-8 figure machines that make money even when you’re asleep. Learn how in my 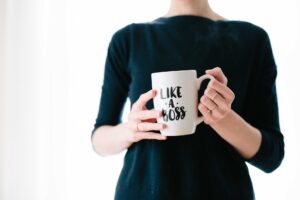 An Urgent Reminder To Play To Your Strengths Careerwise
https://youtu.be/GDkgKZXTBU4 TRANSCRIPT: Welcome back to another episode of how I…