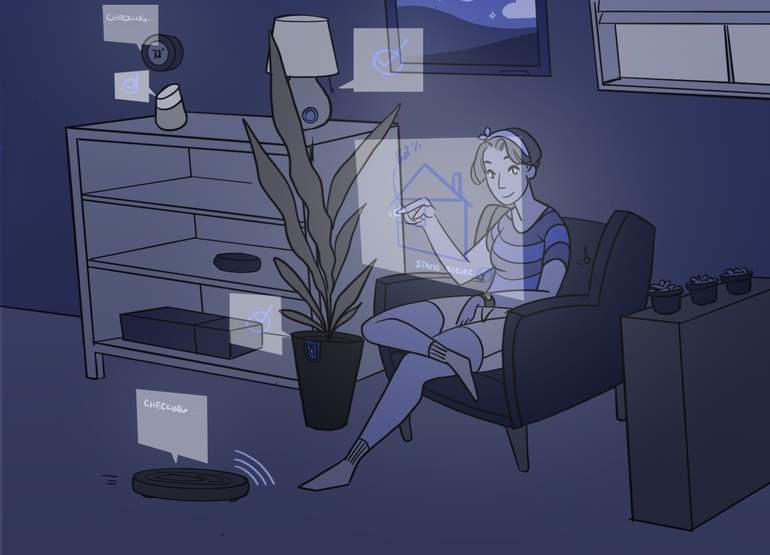 The age of smartphones has integrated the mobile industry into people’s everyday lives in such an intricate way that other technologies have yet to beat. Mobile phones have evolved from analogue devices primarily used for calling and texting into the smartphones we know today that can compute and function as a personal computer right at our fingertips. Experts even say that the smartphones we hold in our hands have a far superior processing power than the computers used during the moon launch. Today, mobile internet usage surpassed desktop usage.

It’s not a surprise that research on smartphone security is growing rampantly in response to the rapid adoption of new platforms such as Android and iOS. Service providers are continually finding ways to bring smartphones and internet service even to remote, underprivileged areas, thanks to the affordability of these devices due to the massive demand for this modern gadgetry.

Developers, manufacturers, and dealers are getting more and more creative in how to capitalise on this 21st-century trend that’s bound to keep going in the years to come.

According to research from Semantic Scholar, “smartphones are characterised by their ability to run third-party applications, and Android and iOS take this concept to the extreme, offering hundreds of thousands of “apps” through application markets.” A result of this is an increased focus on protecting users from apps, and efforts in designing new OS protection mechanisms and security analysis of real apps are intensifying.

But what lures consumers into availing free apps? And if mobile apps are that profitable for developers and business owners, how do they make money out of something they offered for free?

Just as you give more value to anything you invest resources into—be it time, money, or effort—users are more loyal to apps and services they pay for. The very act of purchase already shows the degree of commitment to the app and the perceived value the app has in their lives. Paid apps also earn higher revenue at the onset, more evident with apps that have a strong fan base or supporters.

But if a business is yet to break ground in the market, offering their apps for a fee can be detrimental to that goal. App providers use mobile apps to attract customers in the hopes their apps will catch on. It’s a great marketing tool where customers can get discounts or earn rewards conveniently from a business through its mobile app. It defeats the purpose if you charge them for an app they need to use to claim points or discounts and the like.

When it comes to free apps, there is zero download threshold because people can download an app with no commitment and test it if they like it, or it’s something they can use continuously. So, while paid apps get higher initial revenue per download, free apps leave them in the dust in terms of the volume of downloads they get. Free apps, especially network-based apps, consequently get more users in a lesser amount of time, granting their product or service is good or quickly picks up.

Users are not as demanding with free apps too. They tend to have lower expectations because they got the app for free. It’s an opportunity for providers to convert visitors to valued customers once they decide to keep using the app. It’s also easier for free apps to receive positive reviews, which increases App Store Optimization, which encourages more downloads.

TechCrunch says that 90% of apps downloadable for free. Statistics show that sales for paid apps will decrease in the coming years. Gartner Research released a report that says “customers will spend 24% more on in-app purchases than on paid-for apps, indicating that people are likely to generate transactions within the app and pay for in-app features, once they are convinced that the app can bring real value.” Free apps will continue to dominate paid apps in the years ahead because developers see higher revenues with in-app purchases than paid-for apps. The younger generation, which takes up the majority of the market, also enjoy “more flexible engagement with in-app transactions than older customers, preferring to pay for an application to own and use,” according to Gartner.

That is why developers are designing their apps to include more options for in-app sales and upgrades. 63% of developers choose in-app advertising to monetise their apps, even if 75% of app users never click those ads. The reason? It is still the popular free app revenue stream. 25% of the market do click on the in-app ads, and that brings in revenue for the business. All the developer needs to do is insert other ways to earn money through their supposedly “free” app to fill in the cracks that in-app advertising has.

Seeing this trend, we need to ask the question again, how free is that free app when there is someone who eventually pays for it—in this case, the advertisers. And is it free for the consumers if in-app ads and in-app transactions constantly barrage their use of the app?

Now that we know how free apps make money, we can see that users of free apps get charged more than cash for downloading these free apps. Yes, some apps are non-invasive to user privacy, but since almost 90% of apps are free downloads, most users end up getting apps that invade end-users online security. It’s very tempting to download something for free, but always be careful what you are signing up for.

Developers make money on data collection and data sharing at the expense of their unknowing users. The third-party companies, usually advertising agencies, capitalise on the data gathered to customise ads for users. They know that users do not read the fine print of “Terms of Agreement” or licensing pages they agree to before app installation, exposing themselves to privacy attacks by developers.

Web browsers and websites use “cookies” to track and gather users’ online activity information and sell them to other companies. Facebook, Twitter, Instagram, Pinterest, and similar applications do the same thing. This practice is considered as unethical by many since it significantly compromises users’ sensitive data like their personal information and banking details and work details. The infamous Cambridge Analytica scandal exposed Facebook as one of the leading offenders when it comes to buy-and-sell users’ data. Google is also a significant player in this front.

Some popular apps for web browsing, antivirus protection, and video calling, enable the illegal download of copyrighted materials that make users vulnerable to viruses, hackers, and malware. Even if the Google Play Store and Apple’s App Store have heightened security monitoring and protection for their users, they don’t inspect the ads for any potential malware. Most apps also compromise the users when they require access to their phone’s data, like location, pictures, contacts list, call or message logs, ad even storage.

So although free apps are available to users at no cost, gives users the freedom to experiment and test different products or apps to suit their lifestyle, or even provide tech-savvy users with options to modify source codes and programs, the cons of using free software are serious and users must habitually protect their data and devices from possible data breach and cyberattacks. Users need to be more proactive and on the defence mode when downloading free apps and software.

How to Defend Yourself from the Dangers of Free Apps

Always double-check the app you are downloading. Even if you are getting the service for free, it pays to know the app you are allowing into your device. It’s also wise to read users’ comments, reviews, and ratings before availing of the app.

The “Terms of Agreement” may be long, but make it a good practice to check what exactly you agree the app to do and the activity this app will be doing within your device and with your data, once you install it.

You can control how much access you give to your downloaded apps by checking the application settings on your device. You can, for example, prevent an app from drawing over other apps, disrupting operations, or gaining access to your location, gallery or storage.

Apps that allow illegal usage, like streaming proprietary products, should be avoided and even reported.

Some suspicious toolbars and extensions can steal your data or pile up on your web browsers, making your computer slower than usual. So the very extension you downloaded to help you with your tasks could be slowing you down. Digital Software says “read what you are getting into, and make sure to uncheck or decline any offers for toolbars or browser add-ons. Usually, accepting a toolbar or extension is the default choice during the installation process, so you have to be careful and uncheck everything you do not need.”

Stick to the ones that are tested and trusted y many like Google Chrome, Mozilla Firefox, Microsoft Edge, Opera or Vivaldi.

Avoid apps bundled together in a promo, like special offers on security solutions or device maintenance, because they can contain security risks for your data and your device. Always make informed choices when it comes to apps and software you will get for free.

Watch out for malware, adware, trojans and viruses. Have good antivirus and security software or app on your device. Even trusted, free apps and software can miss it, so it’s best to double-check before download. For instance, Avast unknowingly bundled malware with CCleaner version 5.33 for a month. Apply other layers of protection as needed. Trusted name brands that provide total protection include Bitdefender, ESET, Kaspersky, or F-Secure. Understand how antivirus software works and why you need to have one. It cannot be stressed enough the importance of excellent security and antivirus software that helps you stay protected. Get yourself a comprehensive, total anti-virus and security protection software to help you stay risk-free and attack-free.

Security should be everyone’s business

Users should develop the habit of taking responsibility for their app choices and downloads, especially the free ones. Developers should be more accountable to protect their users’ data, privacy, and safety. Third-party affiliates or advertising companies should be kept in check to comply with best practices when it comes to their marketing strategies, business owners should comply with laws and safeguards set in place to protect the general public, and lawmakers should continuously check if they are providing adequate protection for the general public. The innovations of the digital age are now our new norm, and those norms will keep evolving through time. Our security measures, then, need to keep improving, not just to keep up but actually to stay ahead. Everybody should be concerned when it comes to safety and security. Passing blame is not going to solve security threats and breaches. Better protection would. So the next time you click to download that free app, ask yourself, what exactly am I getting myself into, and how safe is this free app?

John Ocampos is an Opera Singer by profession and a member of the Philippine Tenors. Ever since, Digital Marketing has always been his forte. He is the Founder of SEO-Guru, and the Managing Director of Tech Hacker. John is also the Strategic SEO and Influencer Marketing Manager of Softvire Australia – the leading software eCommerce company in Australia and Softvire New Zealand.