He’s way deep in the study and the psychology behind why people do the things they do and how influence works. And this is of great interest to those of us that are actually in the field. What practitioners of influence and the psychology of influence. So you might think that the academic world and the online marketing world, have nothing in common.

Cialdini ties the ideas that practitioners use in a theoretical way. This is why you should do yourself a favor and take a look at his book. It’s a great book. I haven’t read it myself, but I’ve kind of skimmed through and it’s quite powerful.

Some of the sections I’ve Browsed through are crazy good. I plan to read it someday. So let’s look at some of these triggers of persuasion, which are great. So the first trigger is in no particular order. The first trigger is authority. We are more likely to persuade when there’s an authority. And I’m sure you can think of a lot of examples that meet this. But look at this one, a very big one.

The Iraq war. When the US went into Iraq, what happened? Colin Powell stood up and said, the Iraqi regime has got weapons of mass destruction. He was a great, three-star general, top authority. So everybody said, well, we got to do this.

We got to do what everybody is saying. That’s how easy it is to persuade people. And that’s a famous example. It later turned out that power was wrong and there were no weapons of mass destruction. But think if you got the authority, it’s easy to persuade people. So did you paint this one?

This is why you got to read this book to understand how these things work at a deep level. And another psychological trigger of persuasion is reciprocity, right. It’s like if you walk onto a bus and the stranger asks you to hold this drink. You’re going to be like, who does he think he thinks, I’m here to hold this drink?

But suppose this stranger gives up his seat for you and lets you sit and you Scoot over into the next seat and you see it. And then a second later, he says, oh, wait, I got to find something in my bag. Can you hold my drink for a second? You’re going to hold this drink without thinking twice about it. So that’s the power of reciprocity when people do something for us. It’s only natural for us to want to do something for them as well.

And this is a powerful I’m sure you can find all kinds of examples like when stores give out little gifts. And because of that, you are in a happy mood. When you go into the store, you buy something a little bit more than you intended in the first place. Another great psychological trigger of persuasion is social proof. When something is cool, then everybody wants to be cool. You can see this in the world of hip-hop music.

When an artist has been featured on a few songs by some of the big stars. Let’s say an artist collaborates with Rick Ross and he’s collaborated with Kanye West. Then all of a sudden everybody else. Then he goes to do like 20 collabs because everybody before has done those collabs. Nobody else was lining up to want to do a collab. He’s done a song with Rick Ross and Kanye westing now everybody feels that they have to do a song with these guys.

There are more psychological triggers that Cialdini talks about. But this one is scarcity. When something is scarce and when there are limited quantities of it. It’s a little bit easier for us to make a decision.

They’ve limited the quantity to 50, they are going to sell more than they would if the thing wasn’t scarce. You also see this actually with concert tickets, right? You want to go to artists, make their tickets available, like before the show. They say there’s a limit, strict limit, one ticket per person. Then people are lining up and doing all kinds of crazy things to get their hands on these tickets. Why? Because of scarcity.

I help solopreneurs get MORE PROFITABLE in WAY LESS TIME, grow and scale their one man businesses into time independent 7-8 figure machines that make money even when you’re asleep. Learn how in my 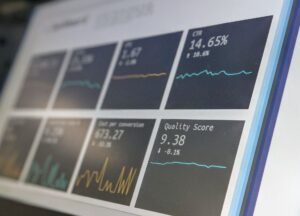 5 Painfully Bad Ways To Not Sell Your Course
https://youtu.be/cJB0iqviAes TRANSCRIPT: He's back as General Tomahawk with another episode…