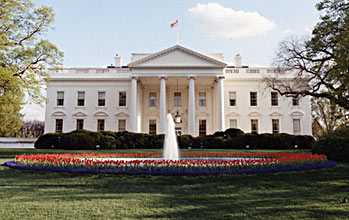 Learn how to write great novels and become an amazing author. Go here to get the guide.

The outbreak of the corona virus is threatening to push the United States and the world economy into recession. The Federal Reserve is trying to get enough money to rescue the economy. It is striving to keep the financial market afloat and accessible to everyone. NPR reported that the Fed has bought over $1.2 trillion treasurys and mortgage-backed securities. Moreover, the central bank has declared that it will keep buying as much as required so that the credit markets won’t seize up. Additionally, the Fed will start giving out loans directly to corporations, and it is planning a main Street program so as to give financial help to smaller firms.

Greg McBride, the Chief Financial Analyst for Bankrate.com has stated that the Federal Reserve is trying its best to contain the health crisis before it causes an economic recession. Even though credit is not as easy as to come across as before, the Fed had helped in preventing financial crisis. However, the question whether Central Bank will give out their help to small businesses who have lost customers due to the corona virus outbreak is still unanswered.

Furthermore, the Central Bank has spent a lot of money especially since it reduced its interest to almost zero. However, Jerome Powell has stated that he and his colleagues still have the upper hand.

Businesses are shutting down and people are becoming unemployed, and Powell has said that they are ready to give out loans to those ones that need it. It was predicted by Goldman Sachs that the United States will contract at an annual of over 30% in the upcoming 3 months. This is caused by the outbreak of covid-19.

The fact that people asked to leave work and practice social distancing is giving rise to recession. However, that is the only way to reduce the spreading of the disease, and it’s only after the disease is under control that the threat of recession will go down. Moreover, Powell said that if they are able to contain the disease quickly, economic activity would return.

The Fed is doing so well in maintaining the economy, and so much better than the last financial crisis over 10 years ago. J.P. Morgan’s chief United States economist, Michael Feroli said, “It’s kind of crazy how they’ve almost done as much in this week as they did in several months in 2008.” Go here to create and sell an online workshop.

Earlier Reports On The Fed

On march 23, CNN reported that the Fed had planned on buying corporate bonds to stabilize the financial system and contain the health crisis. It had also planned in making a special purpose vehicle to buy corporate bonds funded by the treasury. Moreover, it said that the bonds must have a maturity of at most five years.

Also on March 23, the New York Times, NYTIMES reported that, Nellie Liang who is a senior fellow at the Brookings Institution and a former said, “You can’t prevent some of the losses that are occurring. You want to make sure that at the end of the period where the economy is affected by this crisis and shut down, that you haven’t left everyone in such a bad place that you can’t recover quickly.”

However, the Fed has proven to fend off global recession. As mentioned earlier, it has even done so much more than it did dozen of years.