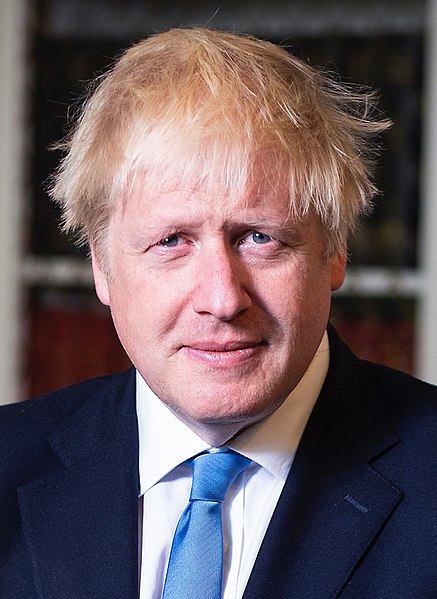 The Prime Minister of UK, Boris Johnson has been infected with Corona virus. He has been moved into the Inensive Care Unit, and he is currently treated by the doctors at St Thomas’s hospital in London. According to BBC, Boris Johnson has asked Dominic Raab, Foreign Secretary to stand in for him while he is receiving medical care. The BBC also reported that Mr. Johnson was showing tenacious symptoms of the covid-19 virus. The number of covid-19 cases are increasing in Britain. There are currently 52,274 cases and 5,383 deaths. Learn how to stop wasting time and do more in less time. Go here to get the guide.

CNBC announced that Mr. Johnson was aware at the time he was moved to the ICU. It was his medical team that decided to take him there in case he may need ventilation. However, he was not unconscious, he still had symptoms that were tenacious.

Mr. Johnson started to realize that he was developing an illness on march 27. He was having a persistent cough and temperature rise. It was after 10 days that he went to a hospital to get tested for the Corona virus. He had gone into self-isolation when he started showing the symptoms of the virus. Moreover, he had informed the public of what was happening with his health. It was after he was tested and was sure that he was infected with the virus that he announced his condition to the public on Twitter. Mr. Johnson is not on a ventilator, but he is on oxygen support, and he is being monitored for any change in condition. The Intensive Care Unit is for patients with serious diseases. Go here to learn strategies that can turn you into a million overnight.

Covid-19 is a respiratory disease which means it can affect the breathing process, therefore more oxygen is required to be taken in. According to SCMP, Mr Raab had commented on Mr Johnson’s condition. He had reassured the public that the Prime Minister is in good hands with the team at St Thomas’s hospital. Mr Raab also stated that there is a very strong team behind Mr Johnson.

Buckingham Palace stated that the Queen Elizabeth is being informed of the prime Minister’s situation. Queen Elizabeth had gone on television on Sunday, and she addressed the Corona virus issue. She said that Britons should stay determined during the period of national lockdown due to the outbreak of the corona virus and show that they are just as strong as the people of old. It also reported that the Chinese ambassador to Britain, diplomats and world leaders wished Mr Johnson a quick recovery. The President of the US, Donald Trump and his people have contacted Mr Johnson’s doctors in an attempt to help.

Mr Trump sent his best wishes to Mr Johnson and stated that he is a very good friend of his. Canadian Prime Minister, Justin Trudeau whose wife is among the people that have recovered from covid-19 also sent his best wishes together with Emmanuel Macron, the President of France. Carrie Symonds, Mr Johnson’s fiancee is experiencing major symptoms of the Corona virus. Furthermore, she is pregnant and she has not been tested yet. However, she is in self-isolation.