Hi, I’m Jenna from Charles Zeran and I’m here with brand new self-motivation for you. I want to talk about you guys knowing him, right? Yeah. He’s a Hollywood actor that started Rambo and other popular movies.

And you know how his lips cut up giving him that hot bath toilet? Yeah. That’s not on purpose. He was born that way because his nerve dying.

Some part of the nerve in his face is bad, so it’s not working. And he got a lot of criticism and bullying from that, but he overcame that, and that’s not the only thing.

It led him to act out as a teenager and all that. He felt like misbehaving because of how his dad was. And after all, he finally came through looking for jobs, getting his life together, getting his acts together. He finally found his talent in acting.

Now’s successful and earning millions of dollars. To ‌reach your goal and be successful like him and other successful people. You need to want it and know what you’ll gain once you get it. If you don’t get up to work for your goal, who will?

I mean, if you don’t do it, who will do it for you? No one. You need to do that yourself. If you want something, you need to ‌do your best, like be your absolute best to reach it. Yeah. And remember that it will all reward it.

Once you finally get it, it will be, like, worth it. Because you know that after going through all this hard work, finally got what you wanted.

Became the successful person you wanted to be. All right, that’s it for today. And in the next video, I’ll be talking about the tests that the student took to become successful in life.

I knew how much you didn’t have to be an actor or want to be in the limelight. If you want to be successful, you can watch it and learn from it.

Typing this channel tells the students to get more self-motivation. 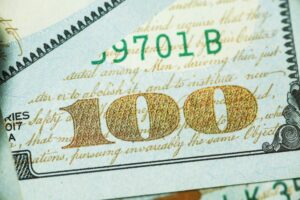